TORONTO, March 28, 2019 /CNW/ - Khiron Life Sciences Corp. ("Khiron" or the "Company") (TSXV: KHRN), (OTCQB: KHRNF), (Frankfurt: A2JMZC), a vertically integrated cannabis leader with core operations in Latin America, announced today its participation, through Matt Murphy's appointment, in the newly formed National Cannabis Roundtable ("NCR"), a campaign aimed at reforming US federal cannabis laws. The NCR will focus on advocating for a rational legal framework for cannabis reform in the US with former Speaker of the House, John Boehner, serving as Honorary Chairman. 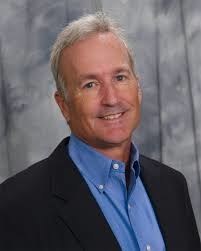 Matt Murphy, Khiron Vice President of Compliance, who will represent the Company on the NCR, stated, "With two-thirds of Americans indicating support for legalization of cannabis in some form, and safety and security being central to our mission across the entire supply chain, we believe that now is the time to work alongside our colleagues to inform and advocate for an open market that improves lives, creates jobs and establishes a national cannabis industry for the 21st century."

As Vice President of Compliance for Khiron and former Chief of Pharmaceutical Investigations for the U.S. Drug Enforcement Administration ("DEA"), Mr. Murphy is an executive leader with broad based domestic and international expertise in both the federal and private sectors. As a career Special Agent with the DEA for 25 years, he served in a multitude of positions in the fields of drug law enforcement, risk assessment and system development, regulatory compliance, and training. Mr. Murphy directs the Company's compliance activity by implementing closed loop systems to prevent product diversion and to enhance standard operating procedures across Khiron's plant-to-patient value chain based on the DEA protocols used to enforce compliance for the handling and distribution of controlled substances in the U.S.

About the National Cannabis Roundtable

The legal cannabis boom promises to contribute billions of dollars to the US economy over the next decade - creating jobs, advancing new health science and adding momentum to criminal justice reform.

Khiron Life Sciences Corp. is a vertically integrated medical cannabis company with its core operations in Latin America. Fully licensed in the fall of 2017 in its initial country of Colombia for the cultivation, production, domestic distribution, and international export of both THC (tetrahydrocannabinol) and CBD (cannabidiol) medical cannabis, Khiron has since undertaken entrance to markets in Chile, Uruguay, Peru and Mexico. In May 2018, Khiron listed on the TSX Venture Exchange, becoming one of the first Colombian based medical cannabis companies to trade on any exchange globally.

With strategic market entrance capability, Khiron leads with its developed doctor educational training and patient benefit oriented approach. The Company combines global scientific expertise, agricultural advantages, branded product market entrance experience and education to drive prescription and brand loyalty to address priority medical conditions such as chronic pain, epilepsy, depression and anxiety, initially, in the Latin American market of over 620 million people. Khiron is led by Co-founder and Chief Executive Officer, Alvaro Torres, together with an experienced executive team, and a knowledgeable Board of Directors that includes former President of Mexico, Vicente Fox.

Further information on Khiron Life Sciences can be found at https://investors.khiron.ca/

This press release contains market and industry data and forecasts that were obtained from third-party sources, industry publications and publicly available information. Third-party sources generally state that the information contained therein has been obtained from sources believed to be reliable, but there can be no assurance as to the accuracy or completeness of included information. Although management believes it to be reliable, the Company has not independently verified any of the data from third-party sources referred to in this press release, or analyzed or verified the underlying studies or surveys relied upon or referred to by such sources, or ascertained the underlying economic assumptions relied upon by such sources.